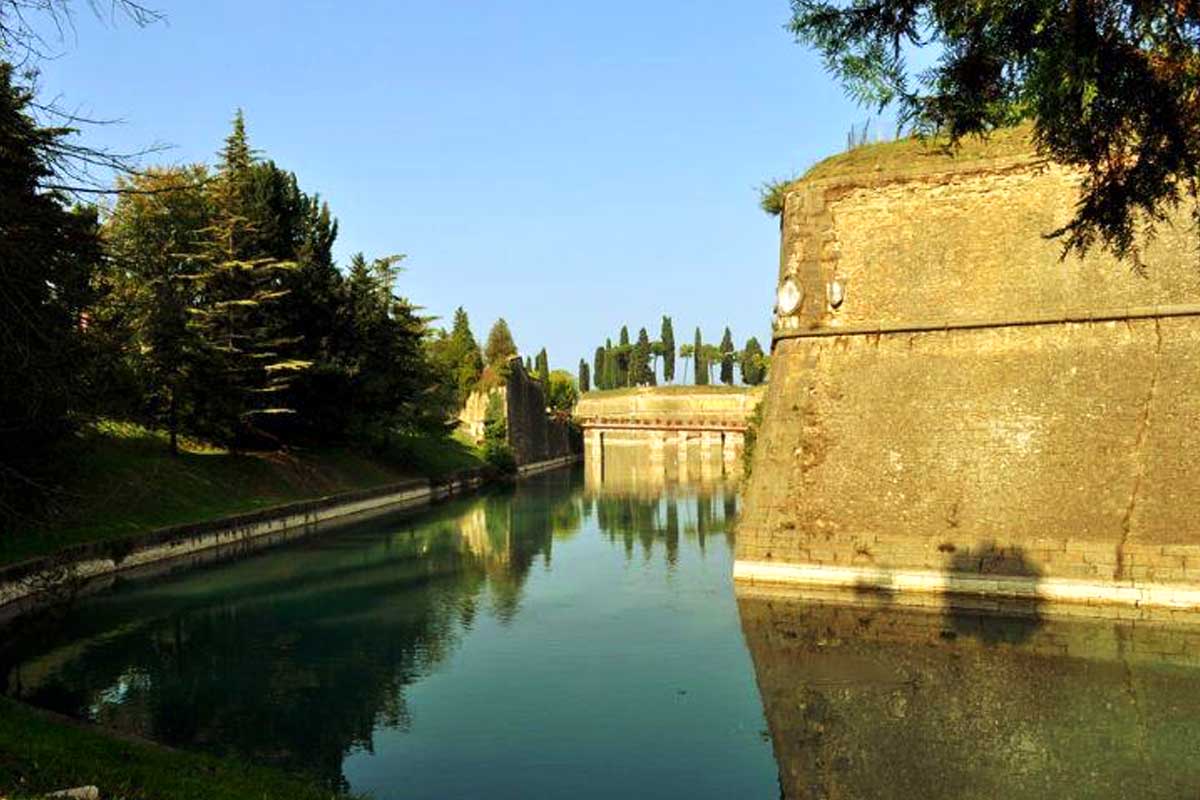 In the Western part of the fortress, it was the first to be built. Slightly hidden from the city centre, it can be clearly seen from the bridge of Porta Brescia. You can see how part of the Bastion is missing. In 1935, part of the structure collapsed due to the maintenance work on the canal.

Restoration work was carried out as a consequence and the remaining wall was reinforced. The canal was emptied and restoration began. The restoration of the walls that had collapsed was very costly from the very beginning and so the decision was taken to reinforce the structure. The original wall was therefore not rebuilt.

Several terraces, obtained from the embankment around the collapsed walls, were built. In the Museum of Fishing and Local Traditions, you can see photos of before and after the collapse of the Bastion. The Bastione Feltrin is the last part of the guided tour.